Home ▸ GuidesPosts ▸ A Brief History of Satellite Communications
Back to media

We hope you enjoy our brief guide as to how satellite communication as we know it today came to be.

As early as 1945, legendary sci-fi author Arthur C. Clarke, at the time an officer in the Royal Air Force, proposed a geostationary orbit, with three satellites providing global communications relays (scroll down for an explanation of the different types of satellite orbits). While it would be another 20 years before this became a reality, in some circles, the high-altitude geostationary orbit is known as the ‘Clarke Orbit’, and it is the home of over 500 satellites in 2021. 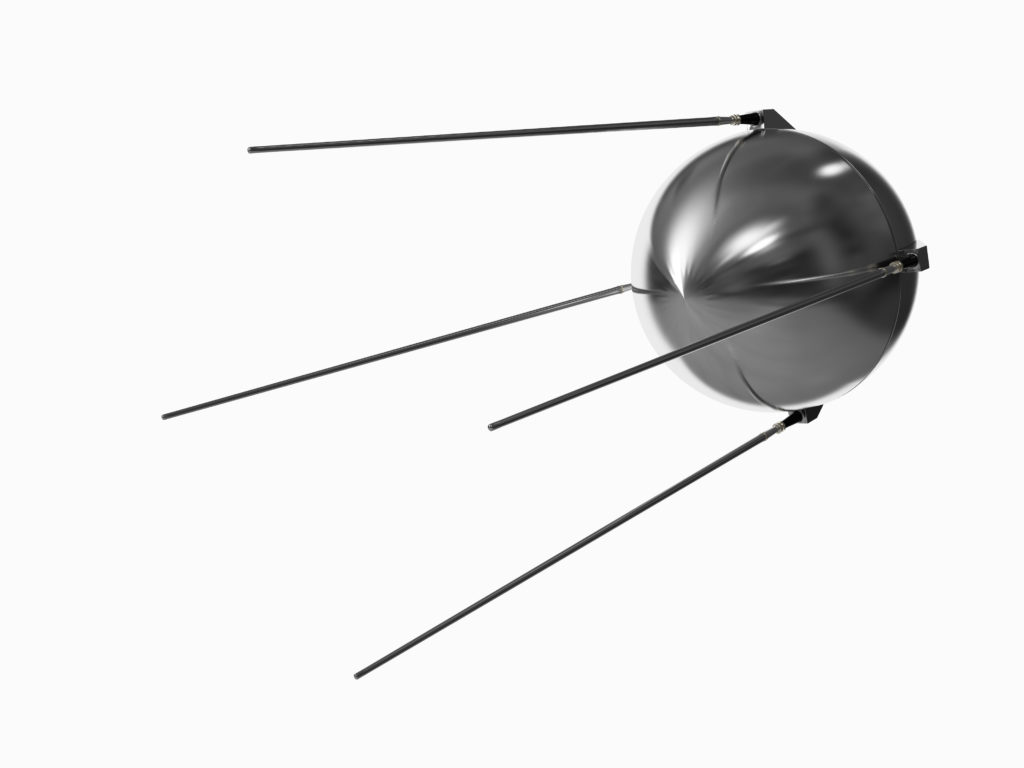 Sputnik 1 was the first man-made satellite to be launched into space. The 53 cm (23 in) sphere was surrounded by four radio antennas. Its purpose was firstly, to test that it could be done! Further, scientists hoped to measure the density of the atmosphere, test radio and optical methods of tracking its orbit, and to see how radio waves would behave as they passed through the atmosphere. It orbited for three weeks with battery power, and a further two months without, before falling back into the atmosphere. It caught the United States on the hop, and kicked off the space race. 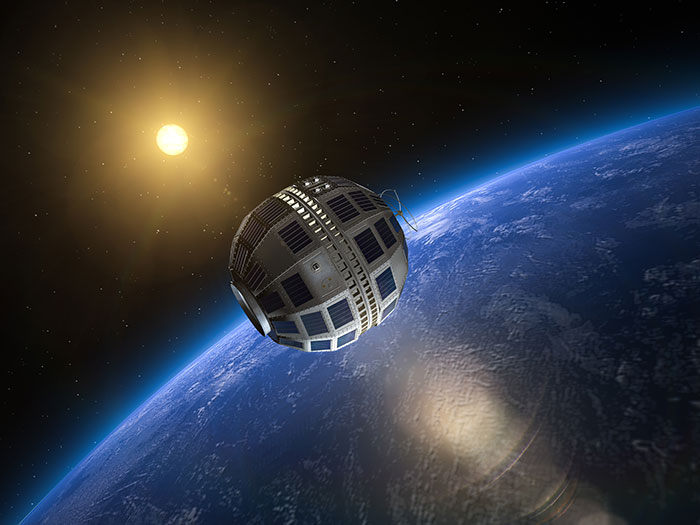 Telstar 1 was the first transatlantic communications satellite, relaying a television signal from Andover Earth Station in Maine, to the Pleumeur-Bodou Telecom Center in Brittany, France. Telstar used a low earth orbit (LEO), and was tracked by the ground stations in Maine and Brittany. Over the course of two years, Telstar 1 transmitted over 500 telephone, telegraph, facsimile and television transmissions (source: NASA), and proved the concept that satellites could be used for communication. 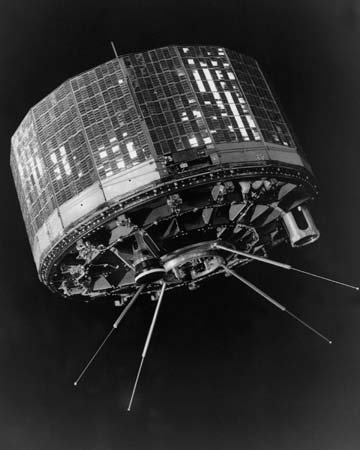 A collaboration between NASA and the Japanese government saw a satellite, Syncom 3, previously intended for telephone use, upgraded to transmit TV signals. This made it possible to transmit live coverage of the games to over one-third of the globe (source: Olympics.com). Syncom 3 was the first satellite in geostationary orbit. 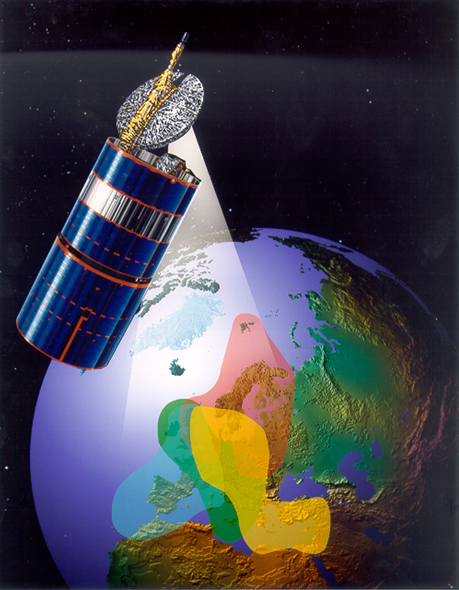 The first successful attempt to provide broadband satellite internet was in 2003, with the launch of Eutelsat Communication’s e-BIRD satellite. Using four ‘spot beams’ (the targeting of radio signals from the satellite to a specific point on Earth), this provided Europe with broadband and broadcast services in areas not served by ADSL and other terrestrial broadband technologies (source: Space Daily).

At the time of writing, and now renamed Eutelsat 31A, the e-BIRD is still in orbit, and still providing interactive broadband services. 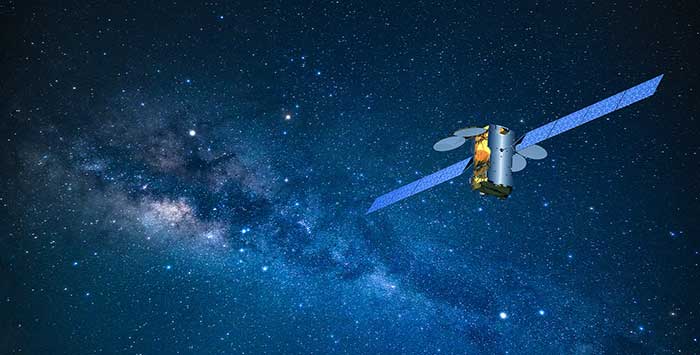 In December 2010, Eutelsat launched its KA-SAT satellite, which had 82 narrow spot beams connected to 10 ground stations across Europe, shortly followed by ViaSat’s ViaSat-1 in October 2010 with 72 spot beams, and ground stations across North America. This technology dramatically increased throughput, leveraging the high frequency Ka-Band (here’s our glossary if you’re not sure what that means); at the time, ViaSat-1 was the highest capacity satellite in the world.

Both companies used ViaSat’s ‘Surfbeam’ technology for their ground network – the means by which data is passed from the ground stations to businesses and homes (sources: Eutelsat, ViaSat) – which played an important part in improving internet connectivity and speed. 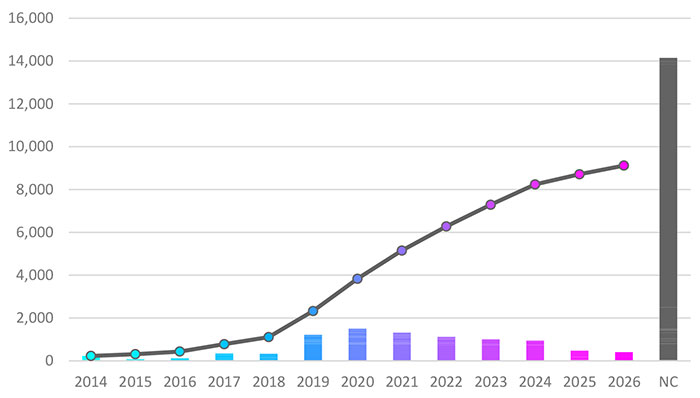 A satellite constellation refers to a network of low earth orbit (LEO) satellites that work together to create a ‘mesh network’; Iridium was an early pioneer of this technology, and it is having a renaissance, with SpaceX’s Starlink, Telesat’s Lightspeed and Amazon’s Kuiper constellation all in the process of launching. Because constellations use many smaller satellites than the older (still entirely viable) geostationary satellites, where three or four satellites could cover most of the globe, this has seen an explosion in the number of spacecraft in orbit.

The value of LEO satellites is chiefly that because they’re closer to the ground, they can communicate with minimal time delay (low latency), so for voice applications they are particularly useful. They are also smaller, lighter, and less expensive than their geostationary counterparts (source: Science Direct), so the price of leveraging the service may be lower.

Adding to this is the growth in nanosatellite constellations. 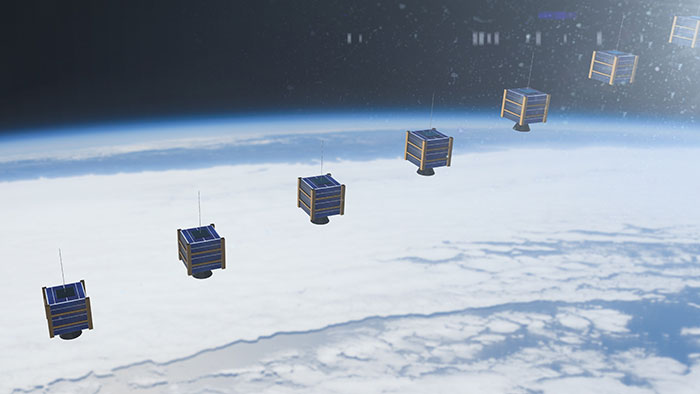 Nanosatellites usually weigh 1-10 kg (2.2-22 lbs), are quick to develop, and are less costly to build and launch than larger satellites (source: Alén Space). If a single nanosatellite is damaged at launch or by space debris, launching another to replace it is a much simpler exercise than rebuilding a medium or large satellite; indeed, most nanosatellites are not intended to last more than a few weeks, months or years before ceasing operations (source: Space.com).

One drawback of nanosatellites is that there is currently no dedicated means of getting them into space; they ‘piggyback’ on launches of much larger spacecraft, and so must wait for such an occurrence to take place. There are various companies looking at ways of making this easier, faster, and less expensive still.

Nanosatellites have the potential to dramatically increase the use of satellite connectivity for IoT and M2M applications; always attractive because of satellite’s reach into remote and challenging regions, the relatively low cost of a nanosatellite network means in turn, the cost of leveraging that network is low. This is a rapidly developing area and one we’ll be watching closely! 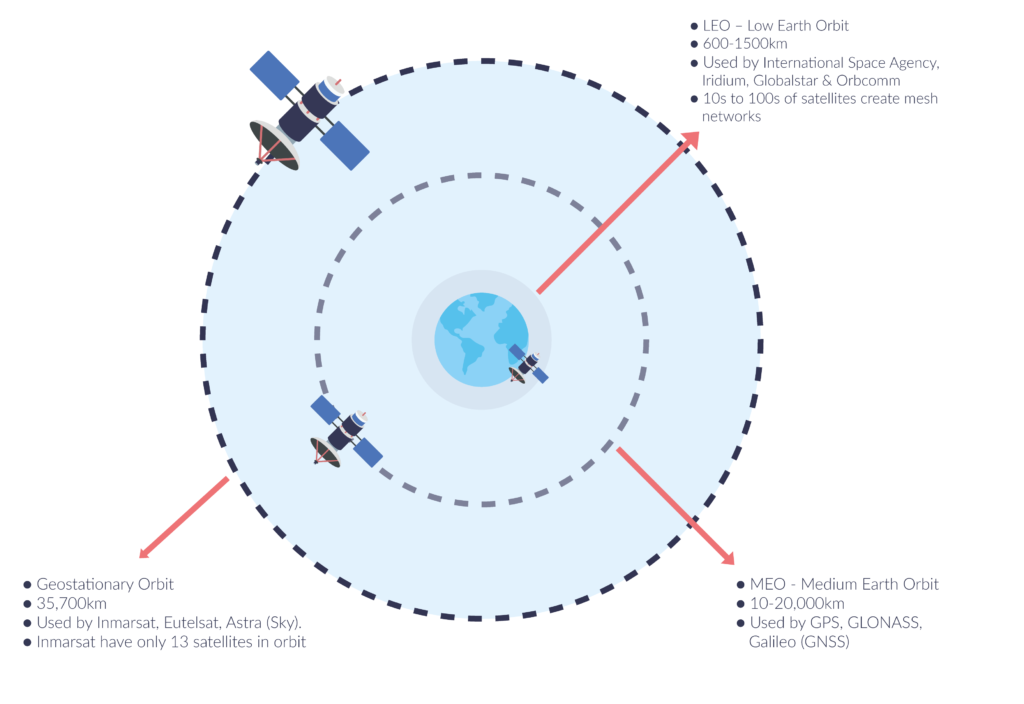