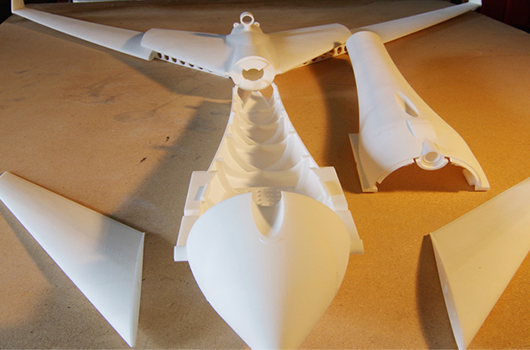 LOHAN is a madcap project involving using a high-altitude balloon to launch a glider to the edge of space then have it released from the balloon and navigate itself down to a designated landing spot. The unit needed a way to communicate when out of normal GPRS coverage.

In addition, the authorities required an emergency balloon cut-down in the event that LOHAN wandered off course.

Therefore, as well as transmitting GPS data when the unit was out of range of standard mobile networks, the RockBLOCK was also used to receive commands from the ground. If they wished to abort the mission, a message would have been sent to the RockBLOCK using our API, which would then be received on-board the spacecraft, and have activated the self-destruct mechanism. 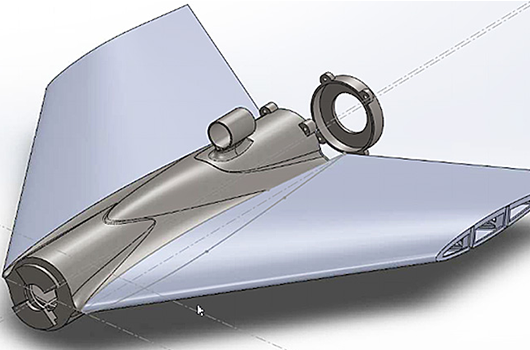 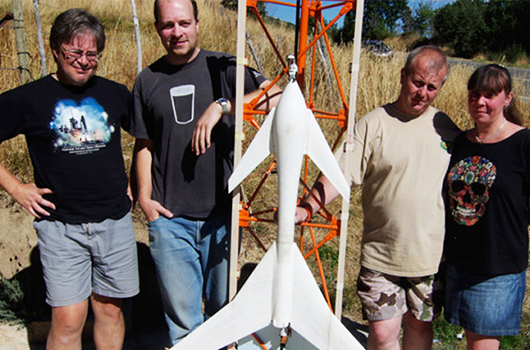 We’re going to launch a rocket-powered Vulture 2 spaceplane from under a helium balloon and ask it to guide itself back to terra firma using an onboard autopilot system.

This is commonly known as a ‘rockoon’ concept, or ‘ballocket’ as we call it in the SPB fab bunker, and presents a few serious technical challenges – not least how to launch the aircraft.

So, let’s kick off by mulling that particular poser. Back in the 1980s, reader John Guest was involved in a rockoon project aiming to put a 1-gram payload into orbit, which came to nothing as a result of the estimated $50K cost.

He and his chums evidently put some thought into the matter, because he writes: “Launch before balloon burst. Much better platform stability. Once burst occurs, you don’t know what your craft attitude is going to be.

“You won’t make orbit (and I don’t think you want to, really). However, a launch attitude of 45 degrees would both maximize downrange distance and altitude.”

That sounds about right to us. Some previous rockoons have launched vertically, sacrificing the balloon, but we believe that’s a no-no in this case due to the potential damage to the aircraft.

Meteorological balloons get really, really big at altitude, so you need a spaceplane launch angle to avoid the enormous latex sphere while offering the vehicle the chance to get maximum altitude.

Several readers had the idea of using multiple balloons, but this multiplies the diameter problem and doesn’t really offer an advantage in terms of maximum attainable altitude. All of the balloons are going to burst at around the same height anyway, and it’s likely the first explosion will trigger multiple bangs.

Here’s our initial spec, based on the Paper Aircraft Released Into Space (PARIS) concept of having the aircraft attached to a main payload box:

In summary, the main payload electronics will enable the Vulture 2 onboard cameras and autopilot, and then fire the rocket motor at a predetermined altitude. The aircraft will fly at an angle of 45° from some form of launch platform, the design of which should run in tandem with the Vulture 2 development