Thales VesseLINK provides global satellite coverage for maritime communications. With uninterrupted coverage from pole to pole, it is the solution to depend on for essential communications.

Suitable for ships or fleets of any size, VesseLINK easily integrates with your existing equipment to fully digitize your vessel.

VesseLINK operates using Iridium Certus broadband services over a network of 66 satellites that cover 100% of the globe, including deep oceans and poles. The solution utilizes this robust network service to provide highly reliable, mobile and essential voice, text and web communications for captain and crew. VesseLINK comes with an intuitive, user-friendly interface and can be quickly integrated into existing vessels or new fleets. It also includes built-in upgradeability to future-proof your investment and ensures peak speed and performance.

The Thales VesseLINK is composed of two main parts, the transceiver and the antenna connected by a 82-foot (25-meter) antenna cable. Below is the front panel of the VesseLINK terminal. On the front panel next to the on-off button is a standard RJ-14 phone jack that will support two standard phone lines (with dial-tone). A phone splitter is used to break out the second phone line. Note that any standard corded or cordless phone will operate with this phone jack.

Also shown are three Ethernet ports which can support any connected device and VoIP phones (up to three VoIP phones for three phone lines). The WAN port is for a device connected to the internet such as a cellular modem or satellite dish so that the end-user may have least-cost routing. For example, if a vehicle travels out of the less-expensive cellular coverage area, the satellite connection will automatically be there.

On the back panel is the Wi-Fi (802.11bg) antenna for up to 12 wireless devices, the SIM card slot, an IO input-output port for API integration (not required for normal use), and a power port that can take a wide range DC voltages from 10 to 32 volts from any source. The 12VDC power port is an alternate power input port. Right of that is the antenna connector for the 10-foot (3-meter) antenna cable and finally a vehicle chassis grounding lug.

The VesseLINK antenna can transmit below the horizon up to 20° degrees, which is good for rolling seas. It’s important to minimize or reduce metallic obstructions in this region for the best signal quality avoiding feedback from radiated power.

A major benefit is latency (or ping time) is far less than Geo-Stationary satellites since Iridium satellites orbit just under 500 miles above earth and not 23,300 miles away like Geo Sats. Iridium's network latency is 40 to 50 milliseconds!

The VesseLINK web interface provides many powerful tools to configure the system to needed requirements. From any connected browser, the interface is located at URL: 192.168.55.1

For service, the VesseLINK requires an Iridium Certus SIM card that provides the account information to the terminal when connected. Here is where the SIM is inserted (with rubber cover bent back for a better view).

The top view of the VesseLINK terminal. Note the 3 LED lights that show power, satellite connectivity and WiFi. 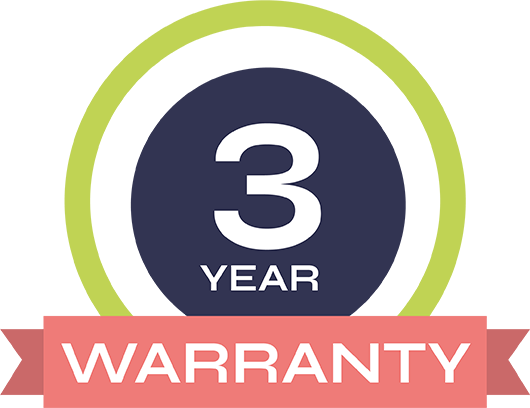 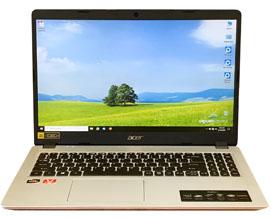 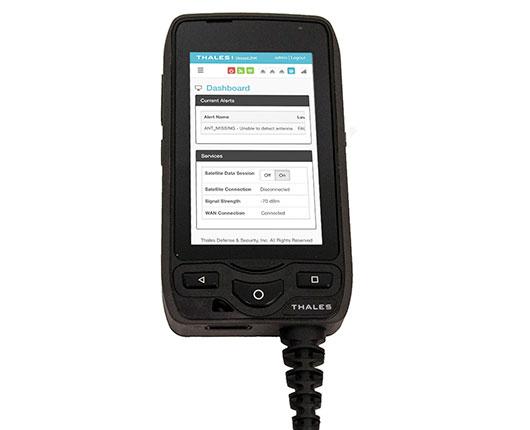 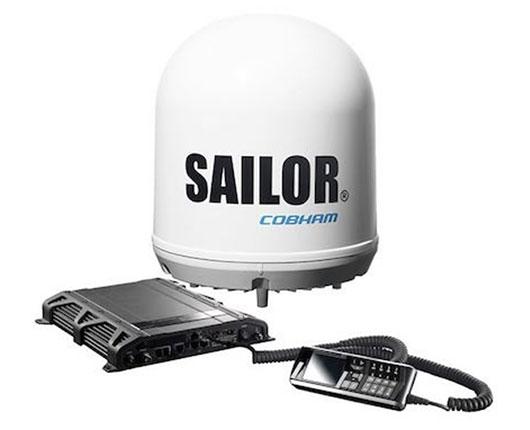 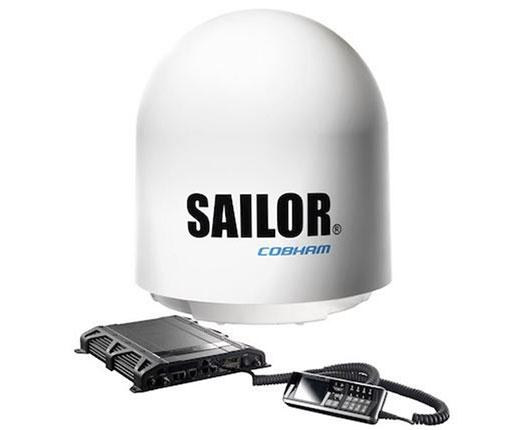 Ground Control has offices in the USA and UK, and combines the industry experience of not just Ground Control, but Rock Seven and Wireless Innovation, too. We’re here to help recommend the best devices and connectivity for your telematics solution.