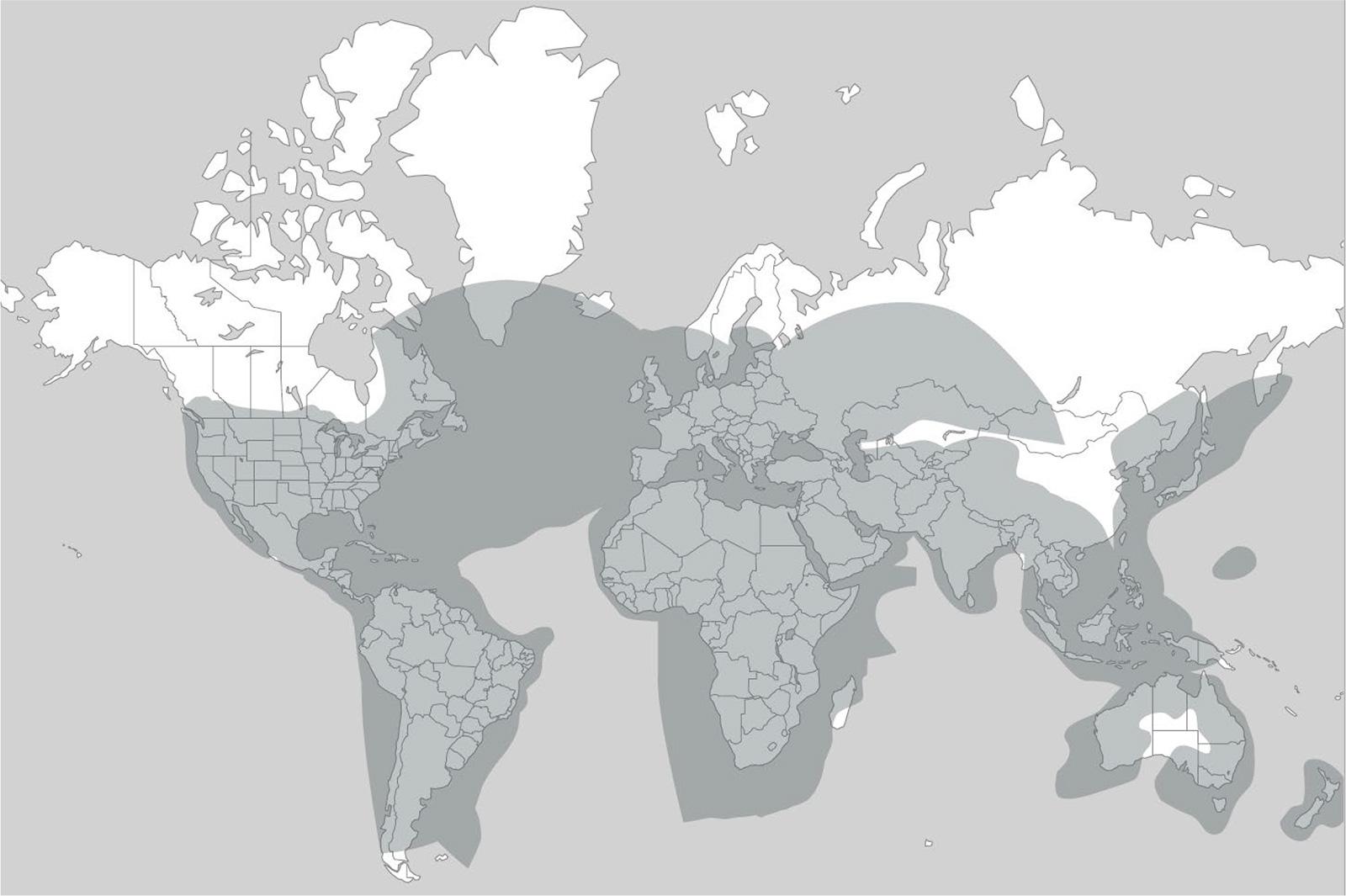 The following coverage maps depict expected maximum information rates while operating a Kymeta u8 terminal mounted horizontally on a vehicle or vessel, on the Kymeta broadband network. 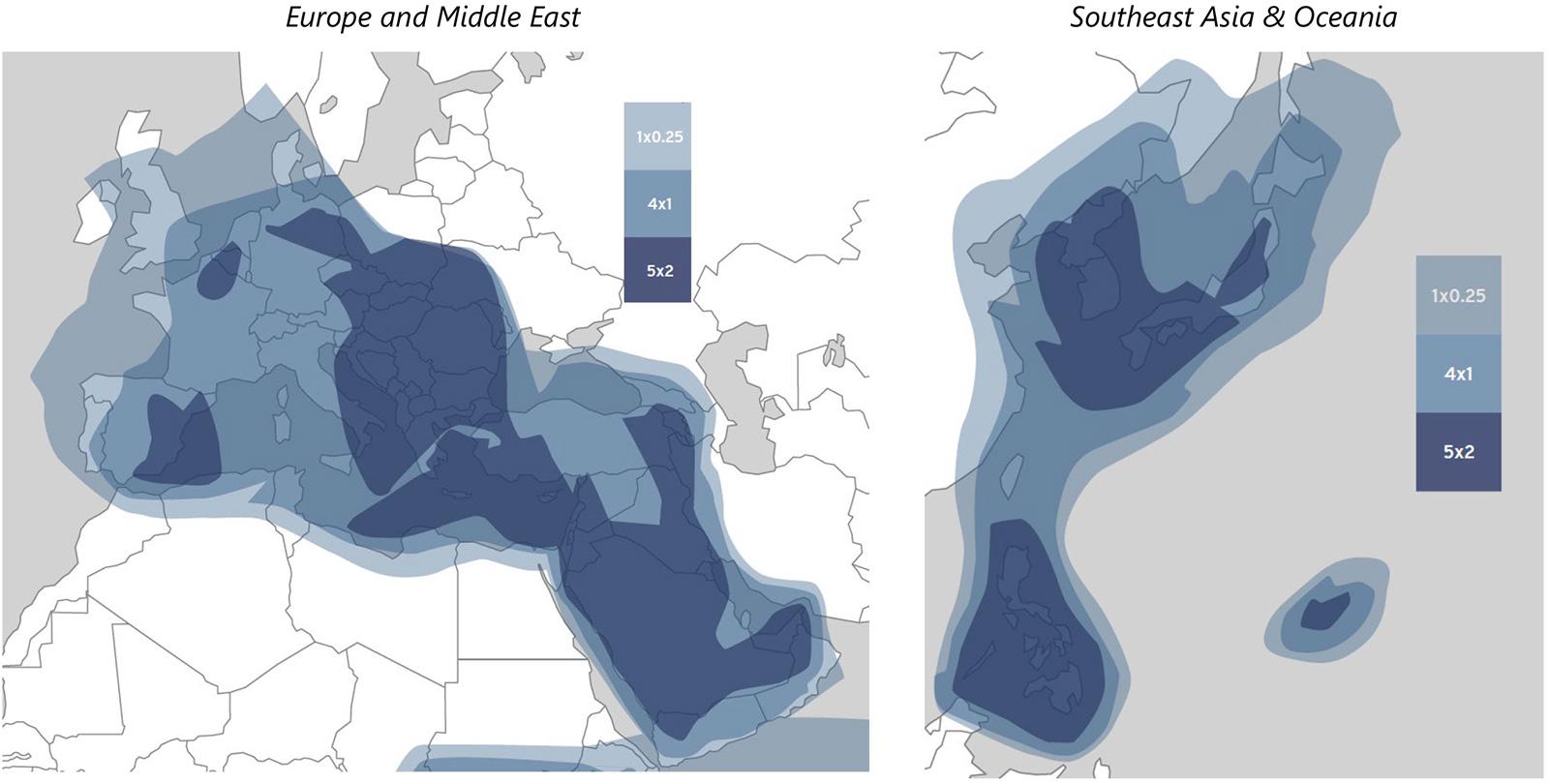 The following coverage maps depict the expected maximum information rates while operating a Kymeta u8 GO at broadside on the Kymeta Broadband network. (Scroll down for an explanation of broadside coverage, if you’re unsure). 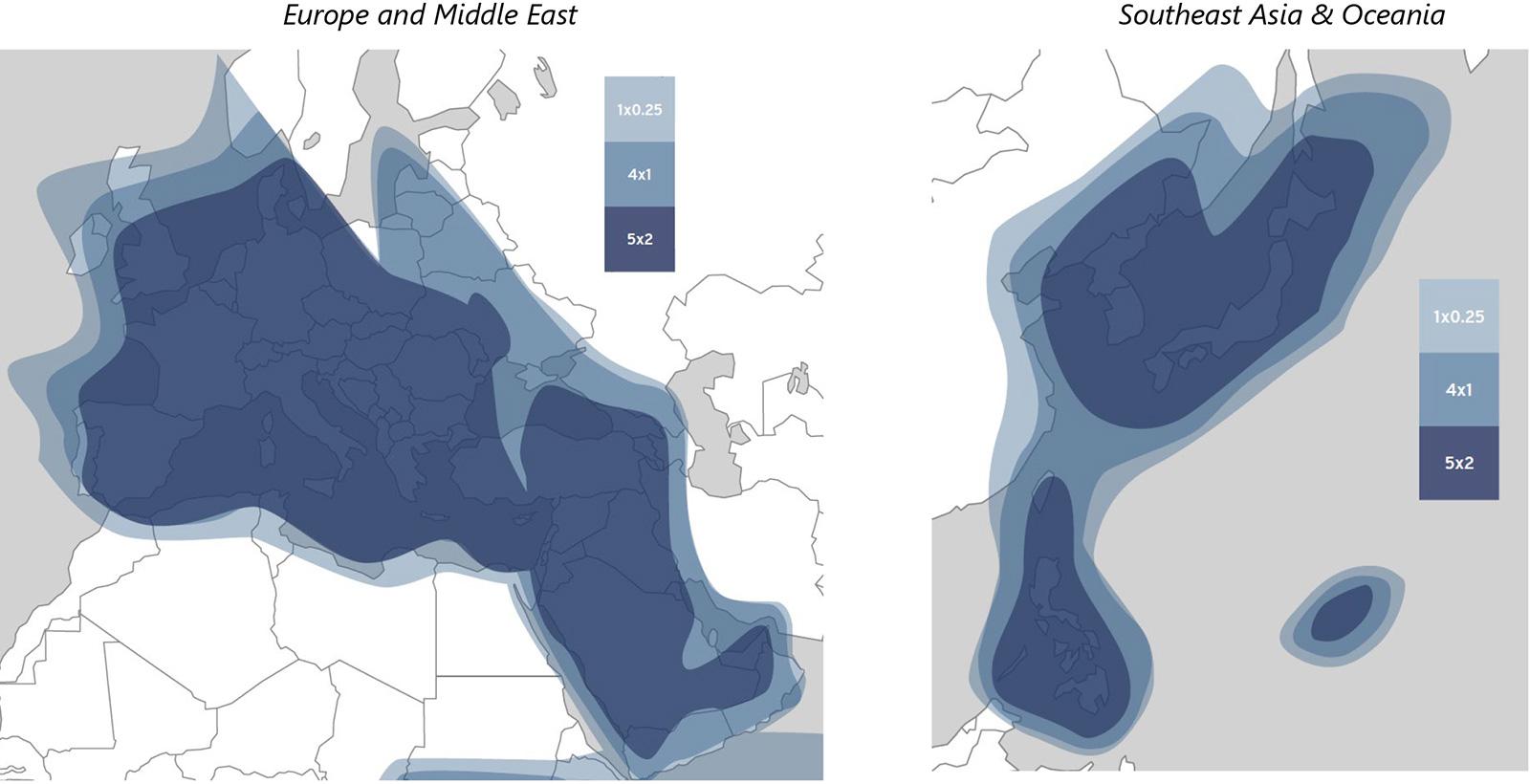 To determine the gain of an ESA terminal, we must know its scan angle. The scan angle is one of two angles that define the direction of the satellite beam (known as the boresight vector) relative to the antenna in a spherical coordinate system (see below).

To calculate ‘Signal to Noise Ratio’ (SNR), we need only consider theta, the scan angle.

Since less antenna area (aperture) is available to the beam in the case of a positive scan angle, the effective gain of the antenna is reduced. The reduction in gain with increasing theta is called the cosine (or scan) roll-off.

If you're planning a satellite-enabled project and you're not sure which satellite constellation will best meet your needs, get in touch! We have 20 years of experience in this field, and we work with leading satellite operators to make sure our customers have the greatest choice.

Either call or email us, or complete the form, and we'll be happy to help.
Contact Us