The new BGAN HDR Service (high data rate) is designed for high-performance IP streaming data transferring at 650Kbps with the Explorer 710 BGAN Terminal for all HDR services, and the Hughes 9211 for HDR Asymmetric. These kinds of speeds have until now only been available for bulky VSAT satellite dishes. BGAN portability with the HDR service can revolutionize how live video is streamed from anywhere on the globe.

Bundle plans from Ground Control allow all BGAN services, including streaming services, to deduct from a bundle funds at the below listed rates. A minimum of $1,500 is required to open a bundle account and there’s no maximum amount. Additional funds may be added at any time. The valid period is one year from activation.

For example, you can choose a fast upload channel and a slower download channel with the asymmetric services if you’re streaming video one direction, so you only pay for the data speeds you need.

Our users have found success streaming live video over BGAN using ‘OBS Studio’ freeware to YouTube, Twitch, Facebook Live, and other live services. OBS Studio recommended configuration: 480P with a max bitrate around 650Kbps and a framerate of 30 or less. 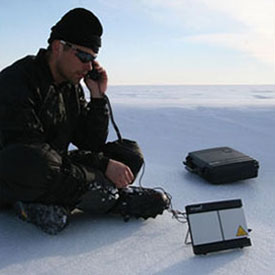 With Ground Control service, BGAN terminals may connect anywhere on the globe except for the North and South Poles. If you're within one of the three colored regions, you may connect at broadband speeds, as well as make and receive phone calls from anywhere.